Sean is the owner of Revolution Fitness. He has a degree in Biology/Environmental Health from Illinois State University and is a CrossFit L2, Spartan SGX, DekaFit, and RAMFit Coach. He also has an MBA from the University of Illinois and assists corporations with interim talent and consulting solutions. He resides in the Chicago suburbs and has two sons.

For over a couple years I have been primarily vegetarian with the exception of fish and insects.   So I guess that’s what,  entopescotarian?  But after watching both Seaspiracy and Cowspiracy on Netflix this past week I made the switch to entovegan (insects and plants only, no animal products).  I’m not opining on the accuracy of the movies, just that they correlated with other information I have seen. I’m trialing it to see how I react to no more fish and dairy.  So far, so good, maybe a bit grouchy (but it’s only been a week).

I’m doing this for a couple reasons.  One, I’m convinced that diet is the single most important predictor of health, and my own experience shows me that when I focus on eating whole foods, mostly plants, with low added sugar, I function better all around (#truth).

Second, and actually more important to me as I learn (or wake-up) more, is eating meat is simply no longer environmentally sustainable.  I have been reading a lot on this topic and have personally seen enough information to spark me to action.   Earlier this week the Atlantic ran a piece about how we are cooking the planet by what we eat.  Interestingly, the article mentioned:

…”Americans waste a lot of food. Nearly one-third of it, in fact. More than 130 billion pounds a year, worth roughly $160 billion.” and

“The conservation nonprofit Rare analyzed a sweeping set of climate-change mitigation strategies in 2019. It found that getting households to recycle, switch to LED lighting and hybrid vehicles, and add rooftop solar systems would save less than half the carbon emissions combined than would reducing food waste and adopting a plant-based diet.”

So here it goes.  Entovegan.  “But what about the insects”, you say?  For now, I’m eating ‘em.  I’m terrified of most (as my kids will tell you), so eating them is a kind of therapy I suppose.  From an environmental footprint standpoint their production is much less by all accounts, and you get a much bigger protein bang for your buck, pound-for-pound, than fish/chicken/beef.

You don’t have to go to the extreme, though.  We can all do our part by choosing a diet of mostly plants and reducing our meat consumption.

A quick note on sugar….Most of us could benefit from reducing the amount of added sugar we consume.  Excess sugar is a causative agent for type 2 diabetes, obesity, and lower overall health.  I found an article on NIH: A Historical and Scientific Perspective of Sugar and Its Relation with Obesity and Diabetes that mentions fructose-containing added sugars, such as sucrose and high-fructose corn syrup, have been experimentally, epidemiologically, and clinically shown to be involved in the current epidemics of obesity and diabetes.  Fructose intake appears to drive excessive food intake by inducing leptin resistance (14, 15) and by stimulating neural and hedonic responses in the brain (16–18).  Even when excessive caloric intake is controlled, fructose has been shown in experimental models to have metabolic effects independent of weight gain, including the ability to induce fatty liver, insulin resistance, and elevated blood pressure.  Fructose, by itself, induces the body to store fat. Why? Evolutionarily speaking, this made sense way, way “back in the day”, so that we could store energy during colder months of the year. But now, not so much.

As a double-whammy, sugar is highly addictive, perhaps as much as cocaine.  Due to the addictive nature, your body is going to crave sugar nom nom nom (my kids understand this, why we debate the addictive properties I don’t know).  When you have too much added sugar you are tacking on extra calories for 100% zero nutritional benefit (plus the fat storage noted above).  And sugar is added to processed foods filled with all kinds of zero benefit calories, so when you combine it all, it comes out to a ton of unneeded calories.  You don’t need a double-blind peer reviewed scientific study to tell you that this is problematic.

So what to do?  Eat less added sugar by eating more whole foods (including fruit but not juice), less processed foods, and start paying attention to the “added sugars” section on the food label.

And eat less meat.  Your body, and the planet, will thank you. 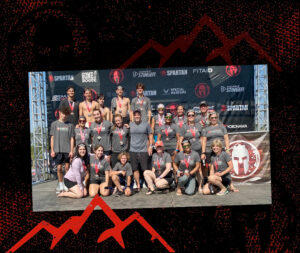 Have you ever gotten high off of endorphins as a result of exercise?  It is awesome! Exercise not only helps you physically but also mentally!

Competing Against Others And Yourself – You Are Wired for This, For Better or Worse

Ah, the CrossFit Open is soon upon us, the first Spartan Race US National Series race took place this past weekend, and 2021’s personal, career, 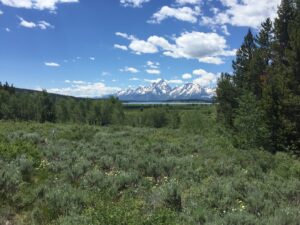 Your Nutrition is 100% Important!

Why don’t we hear more about the 500,000 premature deaths each year due to poor diet and the 1,800 daily deaths due to cardiovascular disease that need 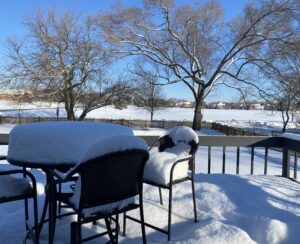 Exercise is Essential for your Physical and Mental Health!

My grandma lived to over 100 and this past year died due to complications of COVID.  She was physically active every day for most of 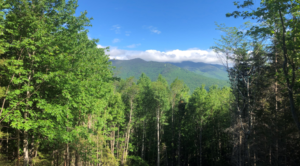 Your Health Is Non-Negotiable

“I’m thinking of getting back into shape this summer”…. I overheard this the other day at a grocery store last week.  It’s January.  Procrastination is 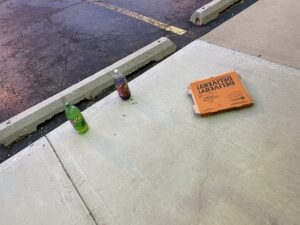 Eat Well and Fight Off Disease!

Walking into the gym today there was a pizza box and two sodas on the sidewalk, how ironic!  Notwithstanding the lack of social responsibility of 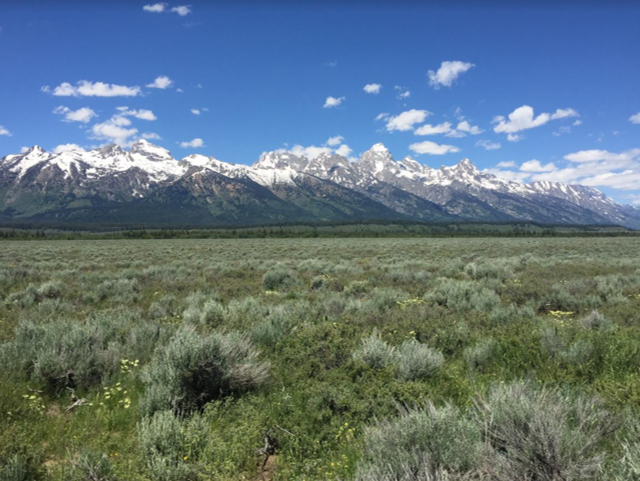 I dropped in for open gym while I was in the area. Sean was a wonderful host and helped me get to know the space and do the programmed WOD. I highly recommend this box.
Jen F.
Top notch instruction, equipment, and vibe. Loved it here.
Scott B.
Revolution is a great gym! I've been to several different boxes in different states. The coaching and community here is awesome. I have become a much better athlete and gotten to know a lot of great people.
Ryan U.
Very welcoming staff and members. The facility was clean and the programming was excellent. Highly recommend!
Erin K.
Two months of attending classes and all I have to say is Excellent. Excellent Coaches, Excellent Members, Excellent Attitudes. Focused on helping you reach your goals in a step by step process to help you have success.
Jeff W.
Great place for a workout. Instructors take their time to explain how each exercise is done and its functional purpose. Once explained they really make u work. I love to go there. Big plus: class sizes are kept small for best results.
George G.
Revolution Fitness is more than just a “gym”. The team of amazing coaches are committed to getting the best out of every member. They are personal, supportive and very knowledgeable in teaching you how to become active, fit and strong in small size class atmosphere. This gym offers CrossFit, boot camp, OCR training and women’s weightlifting classes. I signed up over a year ago and have taken advantage of all these classes. I have been in the best shape of my life and getting better every day. HIGHLY RECOMMEND REVOLUTION FITNESS!
Sherry G.
On the way to hitting the big Four O this year, I decided to pay attention to wellness. Recently tried a few classes at Revolution Fitness, and I will tell you - they know their stuff. This is definitely a gym for the fit and tough, and even more for everyone like me that wants to become tough and fit. And the best part - they are kind people. Everyone in the gym is ready to help, and even buddy up with a rookie who's learning her way to a complete push up. Lead by Sean and his team, this local gym is a fitness treasure. Pack your shoes and head on over - you will be happy you gave it a shot :)
Mansi H.
The constant variation makes it both a challenge and fun. The people and coaches are extremely welcoming and there are options within each class for every fitness level. You don’t need to know the movements or be fit before walking through the door - that’s what the coaches will help you with. Highly recommend
Katie S.
I’ve been coming here for 3+ years now, basically since it opened. It has maintained quality and community through various changes to staff and name. Great people, great instruction, and a wide variety of classes and class times.
Bryan C.
I always insisted to my daughter to exercise at least one hour a day. One day she asked me... why are you expecting so much of me when you [me] wasn’t even working out once a week? Therefore, the next day I joined Revolution Fitness with her. She found this gym during the summer and she certainly enjoyed it. Surprisingly, I got hooked with CrossFit too. Since that day, I have lost 25 kg (50 lbs.), and increased the muscle percentage, but most importantly I have decreased my body’s fat percentage from an unhealthy ~40% to a normal level of up to 20%. These changes in my life couldn’t be accomplished without the support and advice from the great coaches team of Revolution Fitness.
Gerardo G.CEO
I started doing the CrossFit classes in 2016. In 2017, I went to my first OCR/boot camp class and instantly fell in love with Obstacle Course training. All of the coaches at Revolution Fitness are great. They make sure you’re doing the movements safely and are always encouraging you to do your best. I have made so many friends here and always look forward to going to class. I am currently training for my first 1/2 Ironman. Thanks to all of the coaches & friends that I have made at Revolution Fitness.
Ralph O.
Previous
Next
READY?
Claim Free Class 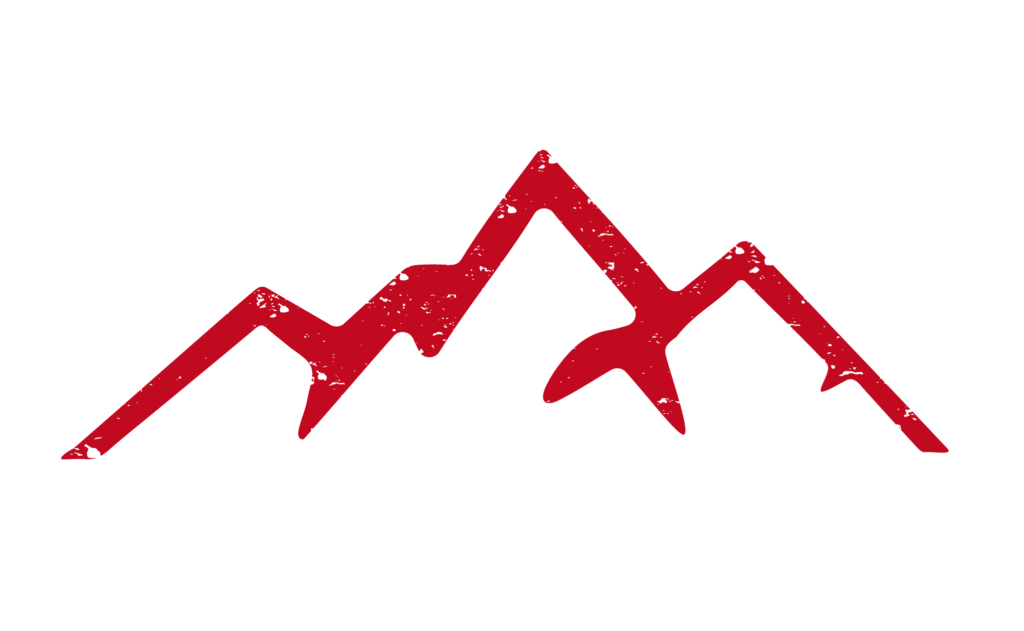